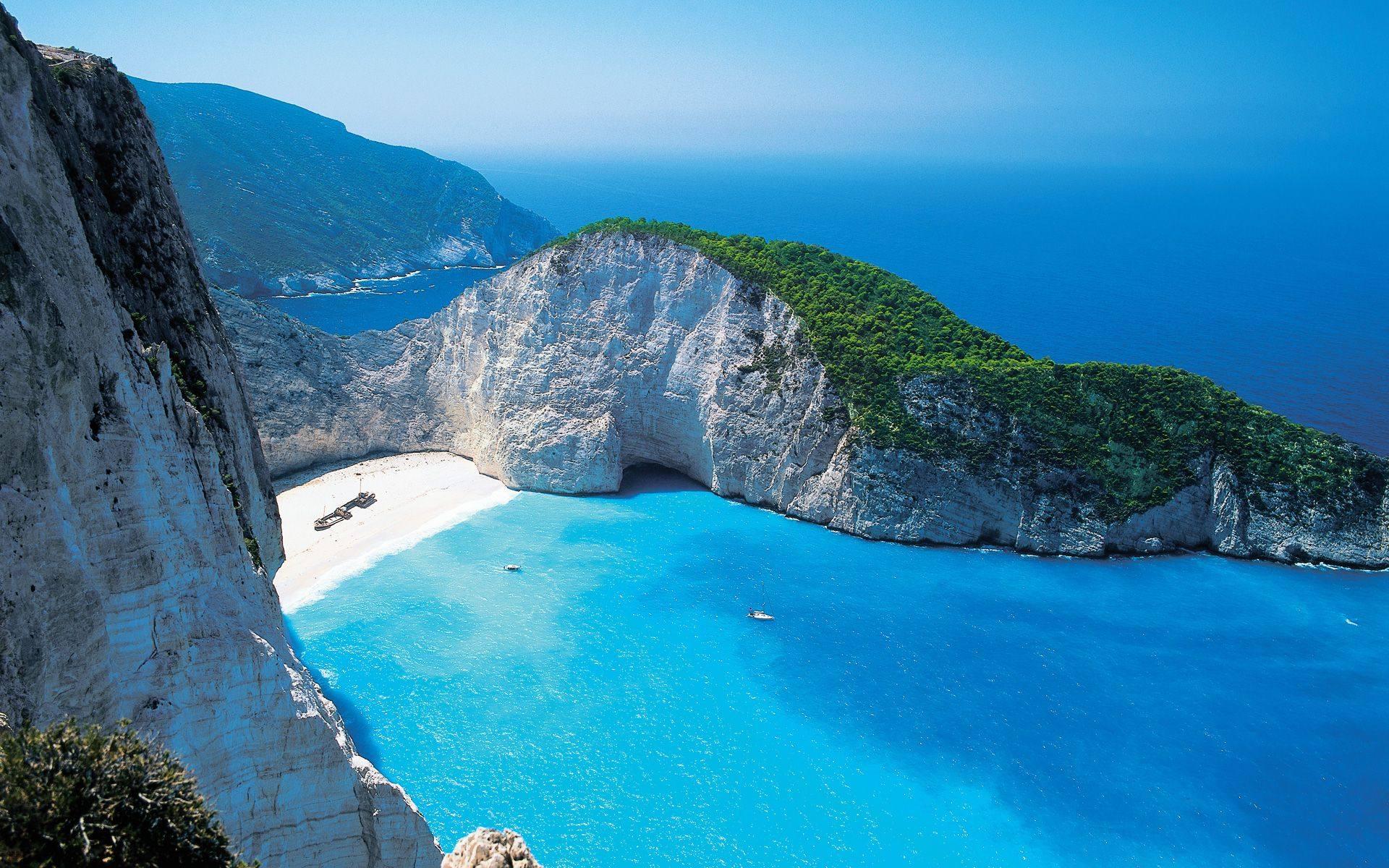 Navagio Beach also known as Shipwreck beach is considered the most beautiful beach in Greece. Breathtaking and isolated it is situated on the north-west coast of the Zakynthos island in Greece. There is no way to get on the Navagio beach on foot, the beach is only accessible by boat and the boat tours part from various ports of the island like Port Vromi and it takes only half an hour or from Zakynthos city port.

There are no facilities on the beach so if you want to go there be sure to bring all the stuff you need for a long day on a beach and we recommend an umbrella because around midday there is no shade where you can hide from the sun and the heat. It was named the Shipwreck beach since in 1983 a ship named “Panagiotis” smuggling cigarettes was wrecked here, but sometimes also called “Smugglers Cove”. It became one of the most photographed sites in Greece and it attracts thousands of tourist each year. Clear turquoise water that confines the white sand beach and this old rusty shipwreck surrounded by high cliffs give you a landscape that you will never forget. It is a perfect place for snorkeling and it is also known for base jumping. So if you are planning on visiting Greece put this amazing place on your “Must see” list.